Hotel of Estonian design and stories

Realizing the value, diversity and singularity of Estonian design is due. Solo Sokos Hotel Estoria in Tallinn has celebrated exactly that by creating 93 rooms that tell a story about Estonia – all that in the midst of luxurious Estonian interior design.

Wuruhi is exhilarated that this kind of commitment to creating a unique Estonian experience has been so highly rewarded – Estoria now shares ranks with other hotels of highest quality and prestige. And we know that they deserve it! In the past two months, we have been lucky enough to collaborate with the hotel for Wuruhi’s pop-up stores in efforts to spread Estonian design even further.

Hotel of Estonian: design and stories

Solo Sokos Hotel Estoria is a hotel in the heart of Tallinn and is dedicated to communicating Estonian accomplishments in the midst of contemporary Estonian interior design. Every room tells a new story for its guests – for example, did you know that the world’s first space food was produced in Estonia?

These educational facts are complemented by Estonian literature libraries that are found in the lounges on all floors of the hotel. This cosy-homey feeling is completed by an Estonian-inspired breakfast and warm service. And guests think so, too – the nominees of the World Luxury Hotel Awards can only be recommended by clients!

Read up on Solo Sokos Hotel Estoria in the Estonian Magazine Mood here. 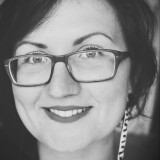 First, never underestimate the influence of a single person's vision and ability to inspire others. Second, these packs of passionate people always deserve a great story. / Editor in Wuruhi.com